> FAQ Home
> Genre: Biography/Memoir > An Informative Memoir by the King of Clowns 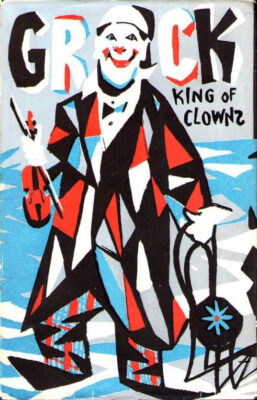 This was a pleasant read and Grock was a cheerful raconteur of his interesting life story. Grock was one of the most famous performers of his day, but as he himself writes, “Clowns too are soon forgotten.” I think the fact that clowning is an art best experienced live, combined with it not usually being recorded for posterity, leads to the progressive cultural memory loss of people like Grock, except by those with an intense knowledge of the field (there are videos of him that are worth watching, though!). I had never heard of him before I started reading this and I enjoyed learning more about him. He seemed like an overall kind and happy person, with a keen business sense, and it was a gentle read (besides the sections about the wars and meeting members of the German high command). I also like reading about his thoughts on performing and his drive to continue pushing himself to the highest level. I am never going to be a circus performer so it’s nice to live vicariously through reading about people at the top of their profession.

My special area of interest historically is the late 1800s-1914, so this mainly hit that sweet spot, with lots of detail on the Europe that was completely destroyed by the wars. Grock was a complete pacifist, and basically apolitical in terms of being only interested in working on his performance, but he does talk about his hatred of war and the German high command’s evil. He met Hitler and others due to his performing in Germany pre-war and shares his impressions, which I found to be chilling but informative reading. He was definitely anti-Nazi but did spend the war doing charity performances for wounded German soldiers (his villa was in Italy and so he spent a good chunk of it there). I liked that aspect of the complexity of history — I think that as Americans, we tend to be taught to have a black and white view of WWII, but I liked that Grock opened a window to show the impact on the civilian population and the random drafted soldiers who were injured. It was good to work through some of my ingrained knee-jerk reactions.

Overall, recommended for people with an interest in circus arts or European history. Grock led a very busy life! But if you’re scared of clowns, this is not the book for you, because there are a lot of photos of him in full clown makeup.

Warnings for: pictures of clowns, physical fights, people getting killed by bombs and circus accidents, suicide, WWI and WWII, Grock hitting a horse with his car (the horse survives)