> FAQ Home
> Genre: Fiction > The cover of this book is as gorgeous as the writing inside it

I’m surprised by how much I liked this book! Which is because usually stories about teenagers + love make me side eye just a little–I’m sorry I’m sorry! It’s just the way it is, I am just a bit cynical.

For example, I just watched all of the second season of Never Have I Ever in an evening and I have to keep reminding myself that for all the shenanigans that Devi gets up to she is FIFTEEN and statistically speaking none of her relationships will last.

But in any case, Callender truly has a gift because from the first I was drawn to Felix’s story. There’s an openness and candor to the way he speaks to us/himself that gets you invested in his inner life, and a weariness that likely comes from the fact that as a queer trans person of color he…knows some shit is out there, outside of the little bubble that is Brooklyn art school.

And of course, alongside the romance aspect is the bubble puncturing aspect as well, and the extra-disaffected Veronica Mars mystery of who at school is being a transphobic POS helps to get you extra invested in Felix’s world.

Do I think there’s a lot of drinking and smoking and school skipping (!!!!!) for a group of 17 years olds angling to get into Brown? Yes, of course I do, but I am also a bit of a square and can count on one hand the number of times I imbibed any sort of alcohol prior to turning 21. Just because it’s not my experience doesn’t invalidate it.

Which is a great segue into the real heart of the novel, which is Felix’s journey to figure out who he is. No spoilers, but a not insignificant part of the plot follows Felix as a quasi-newly-transgender guy, struggling with fitting into the rigid gender binary even though he’s now on the side that he’s meant to be on. I can’t really judge, as a cisgender woman who hasn’t struggled with her gender identity, but I sit in this online utopia where exploring and accepting across the gender spectrum seems normal. Part of me kept thinking, “well, Felix, if you don’t think you fit as a BOY why not try and see if any other labels work? Or no labels?”

For a group of friends that’s 100% queer and up to date with the latest in critical gender theory, it seemed odd that Felix was so unaware that other gender identities might be out there. I think the gist was that he was ashamed of not wanting to be just a BOY after all the efforts that his father made to get him gender conforming medical treatment, but it still ended up feeling a bit unrealistic. (To me. A cisgender woman.) 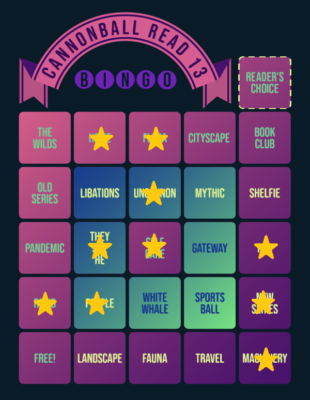