The Book Bingo Reading Challenge is Here
> FAQ Home
> Genre: Fiction > Hi, I’m the world’s most pedantic detective, and I have a few more questions for this book. 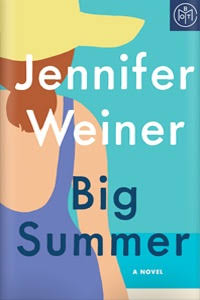 What would you do if your former best friend, who had treated you like absolute dirt, showed up suddenly and asked you to be her Maid of Honor? What if there was something in it for you too? What if suddenly your fun wedding weekend turned into a dramatic murder mystery? What if I am already out of interesting things to say about this book other than that it got me out of a reading rut by making me mad?

There’s a classic murder mystery trope where one teeny tiny inaccuracy is uncovered, and then the killer’s whole alibi starts unraveling. That’s exactly what happened here- a couple of incorrect, easily fact-checked errors in the first half of the book, and I lost faith in the whole thing. And here’s the deal with me as a reader- I do not like easily fact-checked errors. At all. I’m a researcher at heart and I want the facts to be straight if I’m going to believe anything about this story. Might I have been more forgiving of the dramatic and unlikely mental leap the protagonist makes to solve the murder at the very last second? Might I have been more interested in the personality-free love interest? Might I have felt even a tiny shred of sympathy for the murder victim and less one hundred percent on the side of the murderer? (The answer to that last one is no.)

Let me just put on my accuracy-enthusiast hat here and point out a couple of things that threw me off. First of all, our protagonist Daphne mentions that on her first day of sixth grade, her mother took a picture and immediately posted it on Facebook, waiting to get likes and comments from grandparents and aunts and uncles. For background, Daphne and her friend had a fight eight years ago when they were nineteen. Doing some basic math, this would put her sixth grade year around 2004. Sorry but no. No mothers were posting pictures of their kids on Facebook in 2004, and certainly no grandparents were commenting.

And another thing. Daphne’s “friend” Drue’s wedding is a major plot point, and takes place on Cape Cod in late June, very close to if not precisely on the summer solstice. The book is very clear about this timeline.  But wait: “The photographer wanted us at the beach at five o’clock sharp, just as the setting sun would tint the air peach and tangerine and gold.” Again, sorry but no.  The sun doesn’t set anywhere near five pm that far north, unless you’re getting married in the winter. A simple google search (remember, accuracy enthusiast is nicer than pedantic jerk) tells me that it sets at 8:15. These are things that an editor should have pointed out. And they are representative of a kind of laziness that weighs down what should have been an enjoyable, if light, summer read.

I might not make such a thing out of this if I had been more swept away by the story. I did not buy into the central relationship between Daphne and Drue, because while Daphne seemed okay (but really just okay, not as irresistible as I would have liked her to be), Drue was an absolute garbage human. She was a horrible person and a horrible friend and I couldn’t understand why her friendship was so important to Daphne, no matter how many times the author explains that Drue was just so magnetic. I also didn’t trust the love interest, for good reason, and the way the mystery is wrapped up strained my credulity. There were a few parts of the book that made me go, “wait, what?” and turn back to previous chapters to figure out what the hell happened. This is not what I’m going for in a book touted as “the beach read to end all beach reads”. I don’t mind using my brain, but I need the puzzle pieces to fit without me cutting them out for myself.

Maybe I’m old and cynical, but the “awww, insanely rich beautiful people that treat others worse than dirt and ruin their entire lives on a whim have problems too” moral of the story did not win my sympathy at all. I’m uninterested in making excuses and drumming up tenderness for wealthy people who carelessly destroy anyone they consider beneath them. I know Jennifer Weiner is much beloved, and I know this is a departure for her. It’s possible that I’d enjoy something else by her, but this one just was not for me, at all.