> FAQ Home
> Genre: Fiction > Why, oh why, hast thou forsaken me, Pattykins? 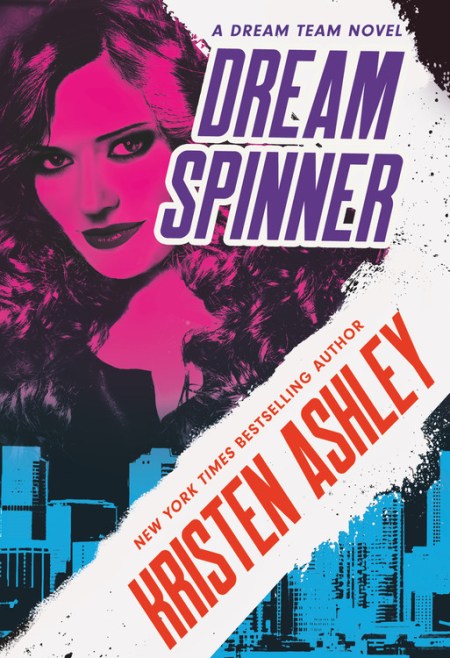 Patty has forsaken me. She started me down this damnable path, but seems to have been able to break up with the Ashley. I… have not been so fortunate. Dream Spinner dropped on Tuesday, May 25, 2021. I’d honestly forgotten that I’d even pre-ordered it, but there it was when I opened the kindle app on my phone. Of course I stopped everything to read it. (I hate you so much right now, Pattykins.)

Hattie is one of the lead dancers in a burlesque review at Smithy’s, Denver’s hottest gentlemen’s club. She used to be a stripper, but the club has recently classed itself up a bit and only has strippers in the wee hours. Hattie has been promoted and now gets to keep her costumes on. She loves not having to have her tits hang out anymore.

Axl is a commando for a private security firm that was featured in several of the Ashley’s previous novels. (In fact, Dream Spinner is the third book in a “next generation” type series.) He’s seen Hattie dance numerous times during previous adventures and thinks she is gorgeous and amazing – and a bit broken. What he doesn’t realize at first is that he’s more than a bit broken himself.

Hattie and Axl come from similar yet disparate backgrounds. They both had verbally abusive fathers (Hattie’s was also low-key physically abusive), but Hattie’s parents are more working class and Axl’s dad is a high powered, extremely wealthy attorney. Both of their fathers are not shy about sharing their disappointment in the direction that Hattie and Axl’s lives have taken. Hattie’s mom was oblivious to what was happening until her dad lost it when she failed an audition for a prestigious ballet school and he punched her in the face right there in front of everyone. Axl’s mom was so far down the stepford wife path that she has seven different strands of pearls to wear with her twinsets.

There is a rather jaw dropping amount of ground covered in this book. Which is to say that it is much more like one of her earlier novels – too many plot lines and 150 pages too long – than the two earlier entries in this series, which were novellas. Some relationships ended, others were mended. Groundwork was laid for the next installment. Lots of alpha male grunting and “Babe.” PTSD and mourning the loss of a fallen comrade. There was a stalker with a kink fixation – OR WAS THERE? Dirty cops with a grudge. Gourmet charcuterie boards. And a disdainful cat  named Cleopatra.

It was very much in the Ashley formula, although with noticeably less humor than in some of her other series. If you like her books, you’ll like this one. If, like me, you prefer people who engage in communication rather than lashing out… well, you probably want to give it a pass.