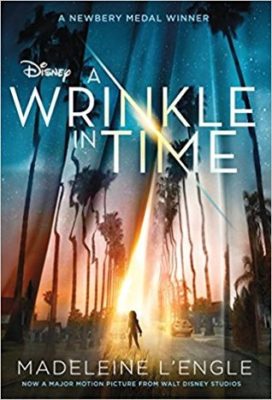 The first time I heard of this book was fifth grade. It was one of the choices for our book reports. I think I didn’t read it because it was about a girl. Boy, was I dumb. I saw the movie when it came out but I didn’t read it for myself until this year. Three things struck me about it. First, was that the author did not pull punches with her vocabulary. I read later that she did not consider it to be “just a children’s book” and she is right. The themes of the book are grown up and mature and I think that we do a disservice to our children by not exposing them to complex and complicated ideas and emotions. The second thing that struck me was that I can’t wait until my kids are old enough to read it. I know that sounds like it contrasts with what I just said but my oldest is in Kindergarten and is still learning how to read. Once they CAN read, I have every intention of encouraging them to try this one. The third thing that struck me was that while I liked and enjoyed it, it was not really my thing. I want others to read it and I think it is good a worthwhile, it just wasn’t my favorite. I almost feel bad saying it because I think it is very powerful. I have mild interest in the sequels but I’m hoping my kids like this one so that we might read them together in the future.