I think it was the Reader Harder 2018 Challenge that called for reading a book by a female historian. It may also have been a twitter discussion about female historians but in either event I realized that of all the historical books I’ve read, very few have been written by women.  I wanted to remedy that.  Last year, or earlier this year as they run together, I read The Guns of August by Barbara Tuchman.  Then someone here, maybe Jen K., recommended Paris 1919 by Margaret MacMillan. A high school friend then recommended Candice Millard to me. At nearly the same time, a professor of mine loaned Hero of the Empire to me.  I didn’t read it then but I did check out the audiobook and listen to it a few months later and I loved it so I set out to read Millard’s other books.

This book is about young Winston Churchill and his time in South Africa during the Second Boer War.  I was curious about the Boer Wars as I knew very little and usually conflated the Boer Wars with the Anglo-Zulu War. The fact that Winston Churchill was the main character was really just a bonus.  Millard’s writing was both informative and engaging.  I really enjoyed this book. 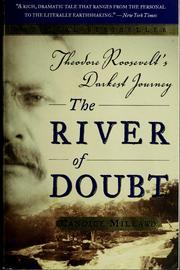 This book made me think of The Lost City of Z but with Teddy Roosevelt. I know about TR but I know more of the myth and the legend than than the man.  This book helped that.  It follows TR on an expedition he takes through an unexplored section of the Amazon after failing to win the 1912 election. While it is easy to understand how dangerous such an expedition might be, learning about it through the life of the notoriously rough and tough TR further proved it as he came dangerously close to death. 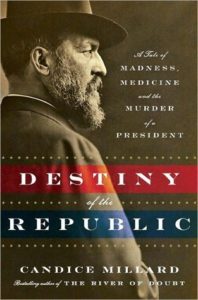 This was her first of the three books but the third I read and probably my favorite.  I consider myself well-versed on the Civil War through the Reconstruction.  This book takes place in the time between Reconstruction and the Industrial Revolution and covers the life of America’s second shortest-serving President, James Garfield.  The cast also includes Alexander Graham Bell, Chester A. Arthur, and a host of others who have names you know but don’t know much about.  This book is as much about the assassination of President Garfield as it is about medicine in 1880.  It’s horrifying and seems much more ancient that 140 years ago, the state of medicine at the time that is.