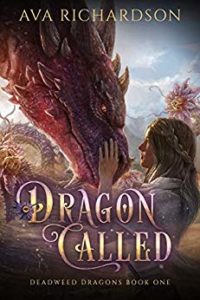 If the dragons from this book call you, reject the call and change your number.

Actually, that’s not entirely fair. The dragons, from what I read, were fine. It was everything else that needed a lot of work. I gave up on page 139, read the last three or four pages (kind of like I did with Jane Eyre in high school, tbh) and tossed this on the “read” virtual shelf. It needs a good line editor for a start.

About half my highlighted sections have snarky notes about proofreading, tense, or continuity errors. About half of those remaining include notes about slur usage (“gypsy”, particularly as applied to the MC’s ‘owner’), indentured servitude and the pitfalls of writing the same, or an outright virtual shriek when I realized we were going the “strange peach-skinned magic girl rescued and raised by kindly POC until they decided she was a witch and cast her out” trope route.

I like tropes (some of my favorites include hurt/comfort and dragons). But these tropes I could really do without.

The plot goes: something something forced to steal a dragon egg to gain her freedom earlier something egg is attuned to her and hatches way early and the dragon grows way fast something has to show her adopted country the ‘right’ way to bond with their dragons something young rebel nobleman something killer weed only vulnerable to dragonfire something something suddenly the head of the school.

I think the worst thing is that there’s a lot of potential here, in the worldbuilding in general and especially with the Deadweed, but the story is a hot mess. Writing-wise, characterization-wise, continuity-wise…trope-wise.

As problematic as Anne McCaffery’s beliefs could be, I’d still say go back to Pern if you’re looking for stories about bonded humans and dragons.