> FAQ Home
> Genre: Graphic Novel/Comic > This graphic novel is cute as hell, and the art is beautiful. #CBRBingo

This was so cute! I love Jen Wang’s art, and she’s apparently just as good at story as she is at bringing a world to life visually.

The Prince and the Dressmaker is about Frances and Sebastian. Frances is a seamstress who accidentally catches the eye of the crown prince of Belgium, Sebastian. Sebastian has a secret. When no one is watching, he loves to wear beautiful dresses. He hires Frances to make some for him, but his plan to not show her his face falls through almost immediately, but to his surprise, she accepts him immediately and becomes inspired by the chance to create basically wearable art for him. 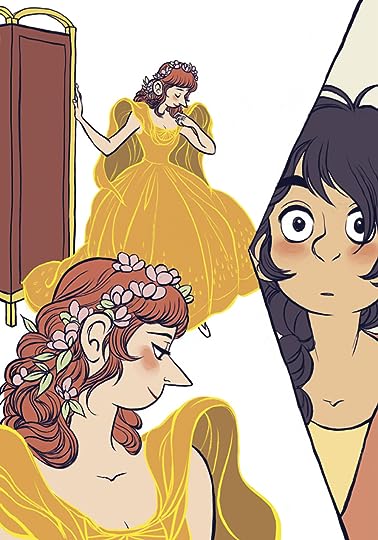 This takes place, I think (it’s a little deliberately vague), in turn of the century Paris, when things like princes and kings were beginning to go out of style, and the very first department store is being built. Sebastian begins going out in Frances’s creations. Known as the Lady Crystallia, he becomes a fashion icon, but their double life begins to wear on Frances.

This is all complicated by the fact that Sebastian’s parents are actively trying to find him a wife, and both Sebastian and Frances are beginning to develop feelings for each other. 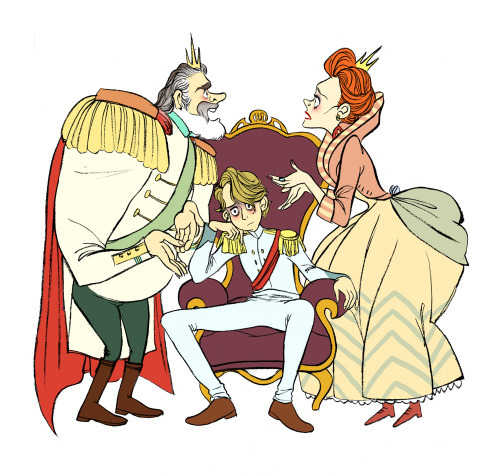 If you’re in the mood for something sweet and light and life-affirming, I’d suggest picking this up. It’s not the most realistic thing I’ve ever read, but sometimes you’ve got to go for hopeful optimism instead, read (or draw or write) the world as you’d like it to be. I really liked it.

Read Harder Challenge 2018: A comic written or illustrated by a person of color.

CBR Bingo: Listicles! (Review a book from a list.) (A list of comics written and illustrated by a person of color. Was having trouble finding one I really wanted to read.)