Registration Is Open! Sign Up Today
> FAQ Home
> Genre: Graphic Novels/Comic Books > Nope, not for me.

I wanted to like this, so so much. But I had so many problems with it, and ultimately didn’t enjoy myself while reading.

Like a lot of people (non-comics nerds mostly), I was introduced to Black Panther and T’Challa in Captain America: Civil War. His appearance in that movie was great (one of the highlights of an already fun movie), and it left me excited for his solo movie. And then of course Ta-Nehisi Coates signs up as a writer for the comics, and that’s an unholy soup of curiosity right there.

But this did not work for me.

Firstly, I literally did not know what was going on half the time. Coates didn’t provide enough background info, and then drops us right into the middle of a seemingly ongoing conflict where T’Challa’s people are suddenly against him and people are stirring up revolution, so when the story starts to complicate as it goes on (as stories do) I was already lost, and only got more so as it went on. Coates’s writing style did not help with this. It was way, way too poetic for my tastes. Poetic is fine every once in a while, but please can you just give me some exposition or some basic dialogue, and oh dear god, scene transitions or indicators of how much time has passed? If this were a superhero who was already in the zeitgeist his experimental style wouldn’t have mattered as much because everyone and their grandma is familiar with Spider-Man’s origin or whatever, but Black Panther isn’t there yet. I needed a base for this story and didn’t have one.

The art was good (in particular I enjoyed the trippy sequence where the witch induces hallucinations of T’Challa’s “dead” sister), but (and this is on me entirely), I just kept wanting T’Challa to look like Chadwick Boseman because, well, have you seen Chadwick Boseman?? 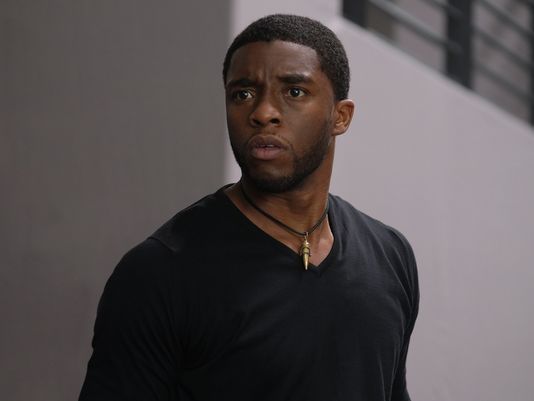 Anyway: too confusing, scattered, poetical and murky for my tastes. Won’t be continuing to read this comic.

[2.5 stars rounded up for some intriguing, if confused, ideas]