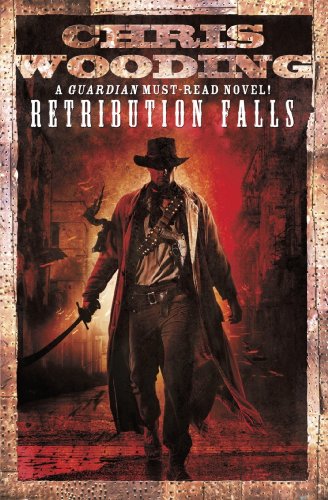 A friend recommended this book to me, with the promise that it was hilarious, that his girlfriend kept reading lines aloud. He wasn’t wrong, and I found myself doing the same thing to my boyfriend. This is a light, fairly fast-paced read, and highly entertaining.

The slight problem that I had with it was that the characters are, for the most part, extremely unlikable and unsympathetic. Now, I like morally difficult characters (cf. everyone in Game of Thrones except Jon Snow and Daenerys Stormborn). But the Ketty Jay, to be frank, is crewed by a bunch of a**holes, and their captain, Darian Frey, is the biggest one in the lot.

Extremely brief synopsis: Darian Frey, said a**hole, is the captain of a motley crew and barely-afloat airship, the Ketty Jay. They get by through small jobs and petty thievery. When they are offered the haul of a lifetime, they can’t really refuse–but Frey has suspicions, and it turns out that his suspicions are right. The crew is launched into a sinister plot in which they have to try to prove their (questionable) innocence and escape (somewhat not deserved) justice.

The book starts out with Frey caring more for his airship than a crew-member’s life. This is the status quo and instantly tells you all you need to know about the captain. As the story goes on, the characters do evolve and grow. I know you’re supposed to like Frey–my friend compared him to Locke Lamora–but while Locke is a deep enough character that you can’t help but like him despite his obvious faults, Frey never really gets that far. There’s some tragic backstory but it wasn’t really enough to redeem him. The other characters are somewhat more redeemable. I do like Crake, Malvery, and Harkins for the most part (besides Silo and Jez), though Pinn is so unlikable he’s not even funny most of the time. However, none of these characters (with the exception of Crake probably) are under any illusions about the fact that they and their comrades are all massive dickturds, which sort of makes it a little more acceptable. (Nota Bene: I have not bleeped out ‘dickturds’ because it is an inherently amusing word that everyone should appreciate it, especially when Matthew McConaghey says it in one of the by-now-probably-millions of Jimmy Kimmel celebrity mean tweets videos).

Editing to add: the style of this book is another thing that keeps it solidly in the three-star range. The chapters jump POV between at least 5 characters with very little signalling as to whose head you’re in now. There’s not much to distinguish between each character’s viewpoint, either, as they don’t really see the world very differently (read again: all these characters are a**holes). While sometimes it’s funny being in Pinn’s head for a line or two, usually I am very relieved when such a POV is over. Other than that, the writing itself was fine–I didn’t notice the actual writing, which means either it was good or the story was engaging enough to keep me from noticing. A final note: I do rather like the chapter headings style, which is perhaps a bit intentionally old-fashioned but works just fine all the same.

In short–this is a very funny book and that is its highest quality. It’s highly entertaining, and the by-now ubiquitous a**holery of the characters is part of the fun and entertainment. The banter between them is great. The plot moves forward quickly, there’s a good amount of conflict from all sides. I haven’t read any steampunk before, so I don’t know how interesting it is within that sub-genre, but I purchased the second one as soon as I finished the first one and I’m enjoying that one too.