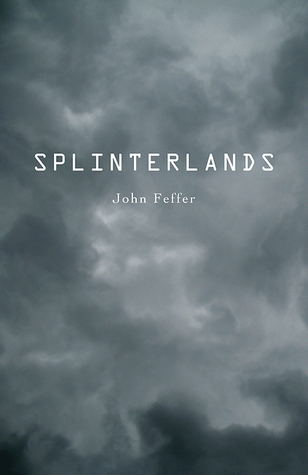 Wow, I did not like this book. I believe it’s the first one I picked up and failed to finish all year — I made it about halfway through and gave up. Considering it was only 150 pages (and not as tall as your average book either), and that I HATE not finishing books, that’s pretty bad.

Splinterlands is set in 2050, after the financial world has completely fallen apart. It’s journal, basically, by an economist named Julian West. West tries to explain how everything fell apart — both in the world at large, and within his own rather splintered family. An unnamed editor has annotated parts of the journal, explaining various references to world history as well as the personal history of West. I expected Splinterlands to be sort of like Lionel Shriver’s The Mandibles, which I loved — a grand sweeping epic of a ruined family. Instead, it was possibly the dullest thing I’ve ever read. Whether talking about the collapse of the United States, or the destruction of West’s marriage (hint: he’s kind of a dick), I just could not get into it. Some of the technology referenced in the book was interesting — West visits his estranged daughter by virtual reality, and the author goes into how VR has affected certain laws, etc. But it just failed to catch my attention in any meaningful way, so I did eventually give up. You win this round, Splinterlands.