> FAQ Home
> Genre: Fiction > In which I figured out what romance I should write

Well, okay, this wasn’t my least favorite Florand, but it didn’t blow me away either. It also took me over a week to read (bad in Romance Standard Time.) Caveats: I have been in a romance slump for awhile, and I may have just poisoned my own well too badly both in general mood and specific experience with this author.

And now that I am reviewing it basically a month later, I have the arduous task of even trying to remember it (she said, rolling her eyes to the heavens, cursing herself for ALWAYS DOING THIS.) Get on the bus with me while I POWER THROUGH! 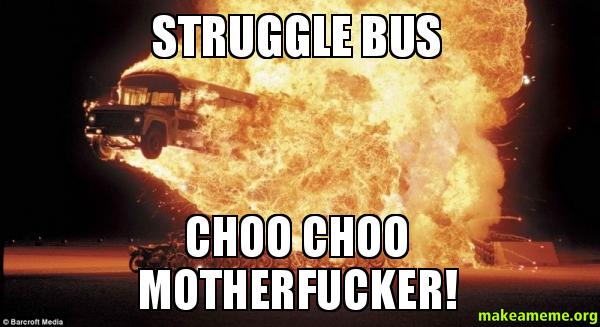 Goodreads has this for me: “Dominique Richard’s reputation says it all—wild past, wilder flavors, black leather and smoldering heat. Jaime Corey is hardly the first woman to be drawn to all that dark, delicious danger. Sitting in Dom’s opulent chocolaterie in Paris day after day, she lets his decadent creations restore her weary body and spirit, understanding that the man himself is entirely beyond her grasp.

Chocolate, Dominique understands—from the biting tang of lime-caramel to the most complex infusions of jasmine, lemon-thyme, and cayenne. But this shy, freckled American who sits alone in his salon, quietly sampling his exquisite confections as if she can’t get enough of them—enough of him—is something else. She has secrets too, he can tell. Of course if she really knew him, she would run.”

IIRC, Dom is a both a Protector and a Reformed Rake but not a Scoundrel. Jamie has experienced some terrible recent trauma, so while Dom appears threatening and dissolute to everyone else, she digs the vibe she gets that he would shield the shit out of her from outside nastiness, and be fiercely loyal while he does it.

I do remember liking that Florand appeared to treat both of these characters’ backstories with finesse. Jamie is a bit timid, but she’s not in the throes of PTSD and so avoids the cliche of getting dicked back to life. Likewise, Dom sees an actual therapist (!!) for his issues and as such regards both himself and Jamie with thoughtfulness and respect on issues of trust and boundaries.

A final thought, since I can’t keep this charade going much longer, is that as a perpetually hungry person, I like Florand’s conceit of building a deeply sensual experience out of food and food artistry. However, as a perpetually contrary person, I’m not actually that much into desserts, sweets, or chocolate, so these stereotypically aphrodisiac foods do nothing for me when given the purple prose treatment. Are there romances about artisanal cheesemakers, or, like, sexy BBQ pitmasters? Let me tell you, I can already hear the lions roaring.