> FAQ Home
> Genre: Comedy/Humor > Either a one-star book or a five-star book; choose your own adventure

So, emmalita posts this book up on Facebook, correctly noting that there is not one aspect of it that isn’t ludicrous (“The title! The description! The cover!”) So, naturally, someone was going to have to read it, and since I had the opportunity to do so and not pay for it, it was time to step up for the good of the order.

And… honestly? It wasn’t that bad. I mean — don’t get me wrong — it’s terrible. But it’s HILARIBLE. The last bad book that I purposefully read was both bad and offensive. This book actually had some entertainment value, which I am going to do my best to pay forward, here.

Chapter One, a.k.a. this book is Sleeping Beauty but also House, MD fanfiction
The exposition here is kind of brilliant in its commitment to broad strokes and nonsense. Our hero Kaden Prince (DR. PRINCE!!!) was clearly created by throwing darts at a wheel with various “bad boy” indicators on it. He has tattoos (Literally his boss: “A doctor with tattoos, what were you thinking?”) and he does what he wants! An example of the dialog that demonstrates this, because I need you to understand the beauty in its complete lack of pretension:

“A hospital isn’t a tattoo parlor, Kaden,” Dr. Bell says, glaring at me and then redirecting her attention to my forearms. “There are rules and regulations that we must follow.”

TIL tattoo parlors are lawless zones without consequences, where rogue doctors can just operate on patients however and whenever they feel like it. Anyway, Kaden does what he wants because he’s THE BEST and UNTOUCHABLE. Basically, here is Kaden: 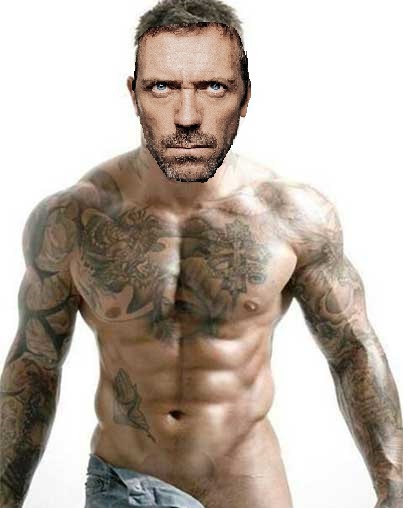 Anyway, we learn a lot of other stuff in Chapter 1, including that Rose, our heroine, is very hot and very asleep. She’s been asleep for at least 5 years, during which time Kaden has been her supervising physician and has developed a clearly unethical emotional attachment. And that is the last reference I am going to make to the ethical clusterfrak that is this story, because to mention it every time it was relevant would take up the entire review. ANYHOODLE, the hospital staff refers to her as “Sleeping Beauty,” and so Dr. Prince is gonna wake her up. Literally a modern fairytale. This is how he plans to do it:

…a nano-device that has to be surgically implanted directly into the hypothalamus, into a small bundle of nerves known as the ventrolateral preoptic nucleus, or VLPO for short. This cluster of nerves acts like a switch, and determines whether someone is awake or asleep. In theory, the machine would counteract whatever circuits are crossed in Rose’s brain, and allow her brain to let her wake up. It would jumpstart her brain.

I would like to point out that our hero, the brain surgeon, is the one narrating this, like, “No big deal, ‘whatever circuits are crossed in her brain.'” Should I ever need an operation on my brain, I’m definitely going to search high and low for the guy with that level of nonchalance, because he has to be the best, right? To be so confident that he does not need to know or care precisely what is going on in my brain before he sticks some foreign implant in there? Wow. So admire. So, the chapter ends with Dr. Prince DISOBEYING DIRECT ORDERS to perform the surgery and save Rose’s life, and just at the last moment when it seems like the implant isn’t working, he kisses her and she wakes up. Aw!

Chapters 2-6 , a.k.a. actions don’t have consequences and Rose is simple

There is a lot of squawking between Kaden and his boss about the PR ramifications of his unauthorized surgery, but they mostly amount to nothing. It kind of establishes the B-plot, which merely exists. So onward with what matters, which is Rose’s re-acclimation to society. She’s charmingly disappointed that technology hasn’t gone Jetsons from 2010 to 2017, but she’s really impressed by Kaden’s Tesla. Kaden wastes no time informing her that he made a whole bunch of money as a pro poker player, ostensibly to pay for med school, but then he invested the rest of his winnings and –> ??? –> PROFIT!

Rose’s two priorities upon waking up are checking out her older bod and reminding herself and everyone around her that she has never known a dick in the biblical sense. She’s astounded, as was I, to discover that her formerly modest chest has grown in her sleep and now she has certifiable double-D porn boobs — the kind that, in a later sex scene, Kaden can see from behind, bouncing out sideways during reverse cowgirl. Her rapid mammary growth, and the whole brain implant that switches her sleep on and off, have me rather impressed at Minx’s deft blending of science fiction into general contemporary romance.

I was gonna leave it at that, except this section contains one of my other favorite bits of dialogue in the book:

We reach Kaden’s place in just a few minutes. It’s huge, and it’s right on Mount Washington. “You actually live here?” she asks. “Jesus.” “I’m a billionaire,” he says. “This is actually modest for a billionaire.”

And THAT, I will just leave there.

Chapters 16-19, where the B-plot tries to happen

All you need to know is that the device in Rose’s brain is remotely operated by a switch. This was great when it meant Kaden got to turn it on and cure her; it’s a lot less great when it means that any maniac can just bogart the switch and put Rose back to sleep, which is exactly what happens. This is also where we learn that Kaden isn’t all that smart of a guy, because he gets double crossed in the most obvious ways. Sad!

Oh! Oh! Also, for all of the 2 minutes of research that Melinda Minx did in Googling that the hypothalamus and ventrolateral preoptic nucleus are brain-things, she did not bother to have Dr. Prince refer to himself or his colleagues even once as “neurosurgeons,” which is the actual term for “brain surgeon.” No, instead this guy runs around non-ironically referring to himself as a brain surgeon, and when he has to operate he actually says things like “I have brain surgery in an hour.” Bless his heart.

Now, I almost don’t want to tell you how the book ends, because it is a transcendent kind of special that was such a treat to experience. But, because I suspect that no one else is actually going to read this book — and not that you should — I’m blessed to be able to share it with you. Basically, Rose just wakes up. Before I tell you specifically how, an anecdote:

Back in grad school, I had a running joke with some of my labmates about the idea of “science magic.” A lot of the vehement rationalists on the Internet will fairly sputter at the contradictory idea, but we used it to refer to, for instance, when the experiment would work the first time, but not the second, and again on the third, and there was no reason to explain why the second time failed. Just stuff like that, where there was probably a non-ideal condition, or human error, but in the absence of knowing for sure, we’d just shrug and say “science magic.”

I bring this up because it’s basically what happens to Rose. It turns out she’s pregnant, because the MEDICAL DOCTOR did not think it necessary at any point to discuss birth control or STD prevention with his PATIENT, whom he is fucking. So these two dum dums got each other pregnant, but that turns out to be a great thing because somehow *hormones* changed Rose’s brain connections and voila! Rose’s OB/GYN, by the way, is equally cavalier about actual biology and evidence-based medicine as Kaden:

“Your body is going through a lot of changes, Rose, and as far as I can tell, the hormones and other changes have effectively done what the device did— it reset the area in your brain that was misfiring.”

“The device,” I say, “needed to work constantly. What if the hormones change again, and—”

Kahn shrugs. “What if you get the same condition as Rose, Dr. Prince, and you fall asleep? We don’t know enough about how this works to make any predictions, but most of the changes that occur during pregnancy stick with a woman, and I’m feeling optimistic about this.”

The final thing that I feel it necessary to include in this review is that there is an entire epilogue dedicated to how their baby’s first word is “Poop.”