> FAQ Home
> Genre: Fantasy > A shapeshifter tale of violence & confusion over the ages

Unfortunately, life happened, so it’s been a while since my last review. It took me an extra month to finish the last 60 pages of The Devourers! I did participate in our Cannonball Read book club discussion on time. Better late to review than never, I say. 😉  The Devourers was on several 2016 year end lists. I hadn’t read much contemporary fantasy, so was very intrigued to read it. I also love stories about shape-shifters (and most supernatural creatures). While reading the Kate Daniels’ series by Ilona Andrews, she introduced me to the concept of shifters with various cultures and forms. Rakshasas were shifters from Asia, often India. Thus a novel devoted exclusively to Indian werewolves was right up my alley.

The majority of the book is a story within a story. Alok, a lonely Indian professor, comes across a half-werewolf during a performance in a local baul tent. The stranger confides into Alok, telling him a short tale about werewolves from the past. He engages all of Alok’s senses with a magical aura. We follow them through the night. They walk the streets with Alok skeptical but fervently listening to this complete stranger’s fantastical tale. The stranger hires Alok to transcribe old parchments. The first is written by Fenrir, a werewolf who is more intrigued by humans than his pack. Fenrir decides to write down his observations on human skin. This irritates the alpha shifter who doesn’t understand why one would write about such lesser beigns. His other packmate, Gévaudan, doesn’t much care until Fenrir begins to obsess over a human woman.  This causes a rift in the group that leads to much violence. Alok is completely obsessed by the end of Fenrir’s section with the stranger. He waits impatiently for their next rendevous for more pages. The stranger eventually reappears and receives a parchment written in a new language. This one was written by the object of Fenrir’s obsession, Cyrah. She pens down her story of how these ferocious creatures wreak havoc on her life.

The Devourers is very much a fantastical history tale about violent creatures who mimic human forms. They are not human, more animalistic since they exist to devour a human body and its life force. This is all told in horrific detail for the reader. I was fine with the violence, but it might be too much for some. The idea of deconstructing the shifter myth is what drew me to this book most. I loved how each culture had its own name for them – rakshasas, djinn, werewolf, lycan etc. In the first parchment from Fenrir’s POV, we see how the shifters came to be in India. The history was glossed over, but still interesting. Unfortunately, my knowledge of the Mughal empire isn’t great. Once the book transitions to Cyrah’s POV, I began to marvel on Das’ writing style and the ambitious a story he aimed to tell.

My main complaint with the book would be the pacing. I believe the introductory parts with Alok were meant to slowly reel in the reader, but it was perhaps a bit too meandering for my tastes. He seemed very naive despite the stranger from the start saying he’s goddamn half-werewolf. Be on alert, sir! His interactions with the stranger are interesting, but all very passive until the last chapters. I welcomed the horrific violence of Fenrir’s scrolls since finally we had some action. It however did become very dark, with not much redemption for his character. Thus, it was greatly appreciated to switch POV to Cyrah. Alok by that time was nearly forgotten. Merely a device to move along the reveal of the stranger and his origins. 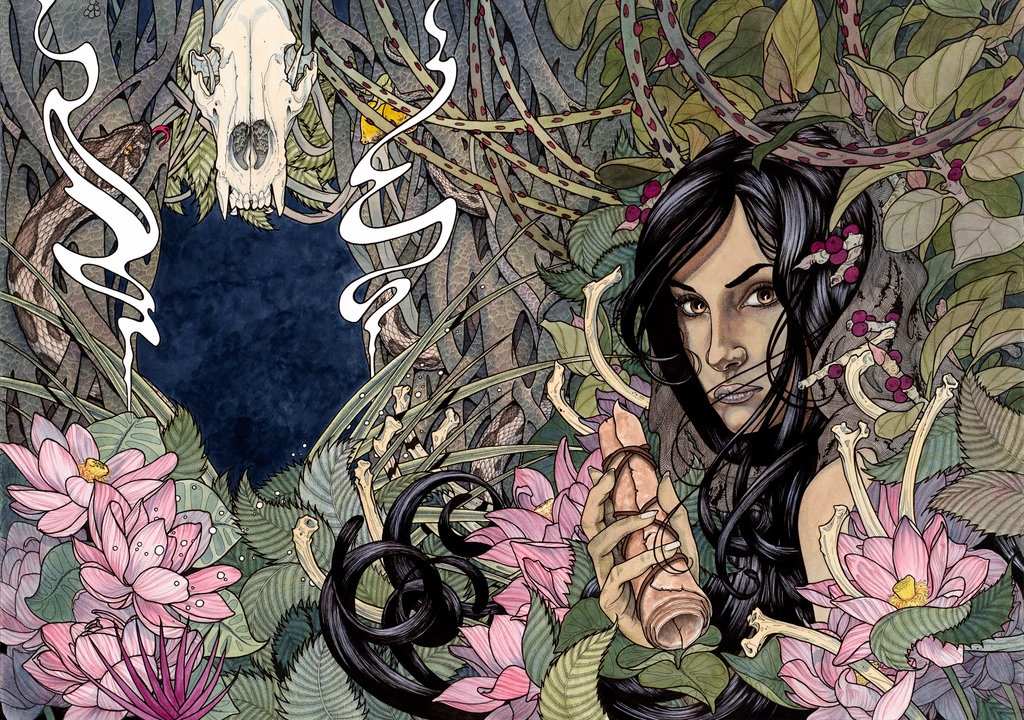 The violence is a necessary element of the book to emphasize how non-human and wild these creatures were. All the characters in the book wanted to explore the unknown and uncomfortable to better understand their existence. When approached with the forbidden emotions (for the non-humans) or magical (for humans), Das believes we can see outside ourselves. An immortal creature is possibly better positioned to see humanity on a macro-level. Unexpectedly, the book questions the nature of love focusing on the act of creation to give oneself meaning. Mothers are given this edge of power, described in one scene grasping onto their children. Children are not 100% off limits, but them with a mother semi-deters the violent appetite of Fenrir. He does not understand the concept of loving unconditionally.

My favorite character, as many in the book club agreed, was Cyrah who was the main human character. She humanizes Gévaudan, her accidental protector werewolf. He is disgusted by her and does not understand by Fenrir, his packmate, is obsessed with her. He had base intentions when first meeting her, but his loyalty and respect grew after spending more time with her. Against her will, Cyrah becomes the conduit for all three shifters to understand humanity and their lack of it.

I would recommend this book for fans of more cerebral horror and fantasy. If you welcome a tale with bits of history, violence and misunderstanding of love by supernatural creatures, this is the book for you!

More of my reviews can be found on my personal blog, Confessions of a Pop Culture Addict.