> FAQ Home
> Genre: Fiction > An old favorite is still great on another read through 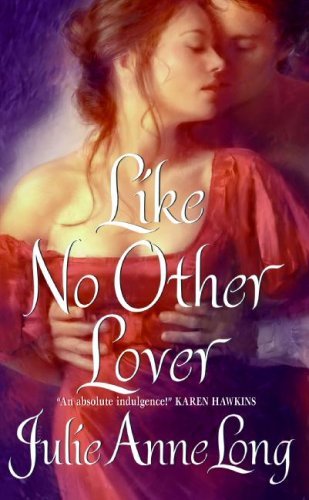 I have read this book several times before, but I’ve never reviewed it, so here we are!  The other day I was going to ask the lovely CBR romance ladies for a recommendation.  I wanted a historical with a house party, good banter, not too many outside plot distractions…and was going to cite this book as an example of what I wanted.  Then I realized that I really just wanted to read this one again (but other suggestions that meet that criteria are always welcome!).  Long’s Pennyroyal Green series is probably my all time favorite historical series.  Some I reread regularly and some I will never touch again.  It’s hit or miss, but the hits are SO good.  This is book 2 and one of my favorites.

Cynthia Brightly is a beautiful, penniless young woman.  She was the hit of prior seasons and had been engaged to the heir of an earl when something went horribly wrong.  No longer engaged and having no options, she accepts the invitation of Violet Redmond to a two week long house party with the hopes of finding a wealthy man to marry.  Miles Redmond (Violet’s brother) is the second son of a wealthy man who has traveled all over the world as a naturalist.  His one focus is financing his next trip, which his father has promised to do, but only if he marries a woman that his father has chosen.  Miles is skeptical of love, and quickly agrees to his father’s terms.  Miles is instantly drawn to Cynthia, but does not give up his plan to marry the woman his father has chosen.  He thinks that she is a fortune hunter, and she thinks he is overly serious and dour – and merely a means to an end).  Miles offers a bizarre scheme to Cynthia, promising to help her land one of the other wealthy men at the house party.  Of course, this requires that they have quiet, private conversations, which can only lead to learning more about each other.

One of the things I love about this book is how Cynthia and Miles learn about each other very slowly.  They learn that they were wrong about each other in their first impressions, but not really.  They both are the people that they initially thought the other to be (Cynthia being mercenary and Miles a reserved second son), but they are so much more than that too.  I have a soft spot for unapologetic mercenary heroines that goes back to my love of Our Mutual Friend, so Cynthia was starting on a high point for me.  The slow discovery of each others’ depths mixed with the excellent physical chemistry is all I ask for in a book.

The thing that has always bothered me about this story is: where the heck was Cynthia living before the story begins?!  Supposedly she was in society for a couple of seasons.  Therefore, she was living somewhere, with someone, and was outfitted properly.  Her fall from grace happened recently, and yet she is about to find herself without anywhere to go and her clothing is falling apart.  These facts do not line up properly, and it drives me crazy.  Not enough to ruin my overall enjoyment of the story, but every time I read it, it drive me bonkers.

Other than some of the missing background and leaps of logic, I just love this story.  Two very likeable characters both dig down to find strength in themselves – some of it through introspection and some through the support of the other person – I love it.  I’m sure I’ll be rereading others in the series now that I’m back into it, so some of those will get reviewed here too.  I will probably just skip around.  If you haven’t read this series, you don’t *have* to read them in order, but it can be helpful because there are clues to an overarching story throughout.  Here’s my rundown of each: