I happened to be at the Disney park that has franchised most of the Star Wars experience last week when I heard about Carrie Fisher’s passing. Talk about bittersweet, as we saw posters of Princess Leia, from all of her franchise appearances, around the park. I first saw Star Wars on its first release in 1977, and loved her spunky take on the princess, although I have to admit my young teen eyes and heart were mostly focused on the dreamy Luke Skywalker. But I have enjoyed Carrie Fisher in many other things, so she has never been only Princess Leia to me. When Harry Met Sally, Hannah and Her Sisters, an adaptation of an Agatha Christie mystery, Appointment with Death, come to mind. I also really enjoyed the HBO version of her stage show, Wishful Drinking. I’m not sure when I first realized she was also Debbie Reynolds (and Eddie Fisher)’s daughter, but I remember liking Postcards from the Edge and knowing it was a version of her life. 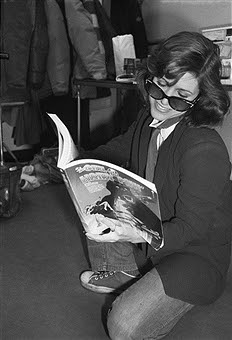 I decided this week that I wasn’t yet ready to let her go and that I needed her voice in my head, and downloaded two of her books, Wishful Drinking, a text version of her one-woman show, and her latest and last book, an autobiography, The Princess Diarist.

Wishful Drinking is a little chaotic, as Fisher jumps back and forth in time, from her childhood to Star Wars stardom, to dependency on drugs and alcohol, to her long romance and brief marriage to Paul Simon, to the choice to use electro-shock therapy to try and tame her bipolar disorder. All through this roller coaster ride she is funny, witty and observant – of herself and the people around her. The reader can get a feel for what it might be like to hang out with Fisher when she is on a roll (which was probably most of the time). The book does feel like a script for a play, however. A little bare bones. I was hoping it might be fleshed out a bit, with more anecdotes or insights that aren’t part of the stage production. But it was a fun, fast read. There was a poignancy too, as it is hard not to wonder if so many of the “solutions” she has chosen over the years to help her cope with her manic depression may have played a role in her death – the aforementioned drugs, alcohol, and electroconvulsive therapy, as well as her recent rapid weight loss, at the behest of the producers of the latest Star Wars movie, The Force Awakens.

The Princess Diarist is a different type of autobiography. Fisher recently found some journals she kept during the making of Star Wars, in 1976. She leads the reader through a nostalgic trip down memory lane to the making of that film and her red-hot romance with one of its costars, Harrison Ford. That, her love affair, is really what the book is all about. But it isn’t simply a kiss and tell. I doubt that anything associated with Fisher could ever be termed simple. She lays the groundwork for the newbie: her crazy Hollywood upbringing, her tentative start in show business, and how she was cast in the role as Princess Leia. It’s all interesting stuff. And then she gets to England and the set of Star Wars and has a drink at a birthday party for George Lucas and gets to know Harrison …

She is not mean or too revealing about the man in question, but it is very clear that she was young and in love and this is her first really big romance. With a married man. First she tells the story from her present perspective, of looking back at a long lost love, and then she includes diary entries of a young woman, very much smitten, but also upset with herself (and him, although she won’t completely admit it) for their cheatin’ hearts. 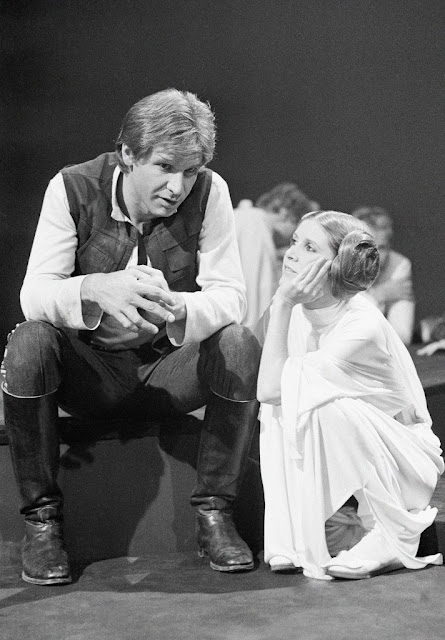 Her ambivalence about the affair may seem surprising to readers who think about the free-wheeling ’70s and Hollywood mores, but one must remember that Carrie Fisher’s family was fractured by one of the biggest cheating scandals of the day, when her father Eddie Fisher left her mother Debbie Reynolds for the recently widowed, best friend of the family, Elizabeth Taylor. Fisher never forgets that history for a minute, and it clouds her romance with her costar. Many of the diary entries are poems, and some could have even been turned into songs. The passion of youth is there, but also the love of wordplay. Fisher was a talented writer.

Both books could have, should have, been longer. She definitely leaves us wanting more.

You can read more of my reviews at xoxoxo e