> FAQ Home
> Genre: Fiction > Better than my first novel would be 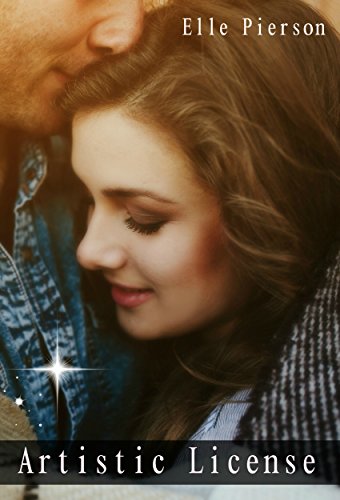 Lucy Parker’s Act Like It was a big hit with CBR 8.  This one is Parker’s previous book, written under a pseudonym.  It is ok.  It’s really short coming in under 200 pages.  If you liked Act Like It and you have some free time, it’s not a waste to read this one, but I didn’t find it to be a particularly compelling story.  This review is going to sound like a list of complaints (and it kind of is), but I pretty much enjoyed the whole thing while reading it – it just stuggled when thinking about it critically after the fact.

Sophy James is a graduate art student who is very shy and introverted.  She has her tiny group of family and friends and only gets out and expresses herself through her artwork.  One day at an art exhibit she is visiting someone sets off a smoke bomb.  Sophy has a severe asthma attack and finds herself in the arms of one of the private security team members, Mick Hollister.  It just so happens that she has been fascinated by Mick’s appearance and was sketching him all day.  They strike up a friendship over the investigation (that I thought would play a bigger part in the story, but actually goes nowhere), and Mick agrees to sit as the subject for Sophy’s big sculpture project.  They get to know each other from there.

The setting for this book was New Zealand.  I had never read a book set there before and was rather disappointed to not get any real sense of place from the descriptions.  But, there is a lot of dialog that contains what I assume is local slang, so that was fun.

Sophy was really unaware of other people around her.  It was implied that this is because she is an introvert, but as an introvert myself I thought that it was more than that, and she also has some social anxiety issues and just can’t ‘read’ people very well.  There is a big side plot where Sophy is receiving anonymous gifts and it freaks her out (as it should).  This story line is weird and basically gives Mick a chance to be all growly, jealous and protective – none of which are traits I find very attractive.  I can’t image how short this book would have been without this added plot line, so maybe it was needed?

Sophy and Mick are drawn together right away, and there really doesn’t seem to be any reason for them to not be together.  But, Mick, of course, has reasons: (1) age difference (he’s 32 and she’s 24), (2) she’s really pretty and he is ugly.  There’s another bizarre side plot about meanness and childish behavior from Mick’s coworkers that lets the reader know that Mick really is unattractive to the world at large.  It was an interesting way to take the story.  Sophy thinks he’s interesting looking from the first, and he is a really nice guy otherwise who also seems to understand her, so this insecurity he has plays out in a more interesting way than the usual ‘beautiful man finds ordinary wallflower’ storyline.

Sophy and Mick were both nice people and it was good to see them get their happy ending.  I felt like a lot of plot lines offered options for the story but then never really went anywhere.  I would have loved to be the editor of this book if only to make margin notes asking for more of certain tangents and to have them fleshed out.

I really liked Parker’s writing in Act Like It and the most important lesson I learned from reading Artistic License is that the other book was not a fluke and Parker IS a good writer.  When I say ‘good writer’ I mean in sentence construction and language, and for that I can forgive a lot of unformed plot or less than interesting characters.  Parker has a new book coming out February 2017 and I have preordered it.  I have basically cut out all preorders these days, so this speaks volumes on how excited I am for her next book.