Registration Is Open! Sign Up Today
> FAQ Home
> Genre: Fantasy > Comfortable diversion, but the audio version is a must-listen.

I saw the movie How to Train Your Dragon in the theatre, and absolutely fell in love with it. I loved the world, thought the characters were fun and relatable, and was absolutely blown away by the art, but the stand-out for me was the dragon Toothless.

But I loved everything. I thought the tumultuous relationship between Hiccup and his father felt authentic, if a little on the absurd side (this is a cartoon, after all), and Hiccup’s role as an outsider felt believable, but not overly done. It was light, and charming, and, just, so much fun.

After reading the book…..I kind of love the movie even more.

The most pronounced difference is also what I loved most about the movie: Toothless. Instead of the majestic and irresistibly charming dog-cat amalgam that he is in the movie, he’s a cheeky pissant dragon of the most common and forgettable variety in the book. Instead of this: 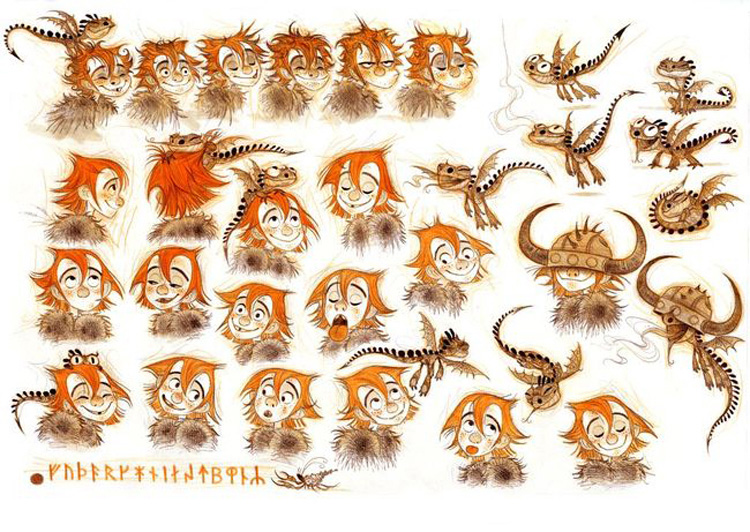 But beyond this, the book just feels…..thin, by comparison. Hiccup is more isolated in here. His chief antagonist, Snotlout, is more of a bully and less an honorable rival. His father is far less developed and central to the story. Even the dragons themselves serve a different function in this world; in the movie they’re a force of fear and war, in the books they are a tool meant for clobbering. In the movie, Hiccup overcomes his perceived shortcomings and shows his value to the community by discovering how to train them. He learns that dragons can be allies, not just enemies. In the books, the Vikings already know how to train them (by yelling), Hiccup just figures out how to speak to them (which is already a known tactic, it’s just forbidden).

I will say that the book has one shining selling point: the audiobooks are read by David Tennant. His glorious and ambrosial tones are well-worth a listen, even if the movie is an improvement in almost every conceivable way. Don’t come away from this thinking the book isn’t worth your time apart from the audio version (which is really quite excellent). The story is still charming, and Cowell’s writing is fun and airy. It’s just that I think the movie is one of the genre’s highlights over the last fifteen years or so. I fully place it on equal footing with the best of Pixar’s offerings. I find it remarkable that it was able to improve so much over this very good (though inferior, upon reflection) book