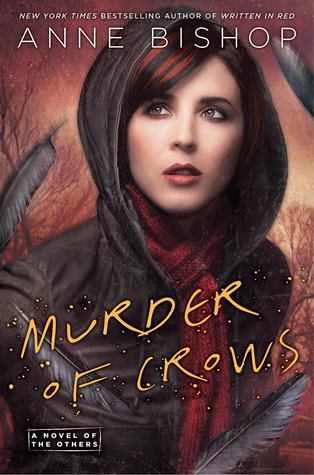 This is the second book in the series of The Others.While you get enough information to read it without having read the first one, you should really do yourself a favour and start with Written in Red. It’s the best paranormal/urban fantasy book I read last year, and deserves to be read by as many people as possible. This review will also contain minor spoilers for the first one, so you may want to come back and read it once you’ve finished book 1.

Having survived the assault on the Lakeside Courtyard, and saved the lives of many of the Others living there, Meg Corbyn is now even more beloved of the creatures who live there. They are fiercely protective of her, none more so than the leader of the supernatural creatures, Simon Wolfgard. Their changing relationship is confusing both Meg and Simon, although most of the other inhabitants of the courtyard find it amusing to watch them try to figure each other out. The Lakeside Others and their Meg aren’t out of danger yet, however.

Two new drugs are being distributed in towns across the country, with the intent of harming the Others, and further research seems to suggest that they are both manufactured from the blood of cassandra sangues, blood prophets like Meg. There are attacks against shapeshifting Crows in several towns, and Meg keeps having visions about worse to come. The sinister Controller, who used to hold Meg captive wants her either returned to him, or eliminated entirely, to prevent her visions from aiding the Others in any way. The other blood prophets around the country, all captive and exploited for their prophetic ability, seem to see chaos and destruction as a result of the increased hostility from humans towards the supernatural creatures. The Others of Lakeside realise that unscrupulous humans cannot be allowed to control and take advantage of these special young women any longer, and steps must be taken to liberate them.

As I mentioned in my spoiler warning at the top of the review, Written in Red was by far the best paranormal fantasy I read in 2013 and to say that I was excited to read the sequel is an understatement. More on my blog.